Dee is facing the force of nature

For some people, life at sea is better than life on land. Skipper Dee Caffari is one of them. For the second time, she takes on the challenge of the Volvo Ocean Race.

Dee Caffari has sailed around the world five times. She was the first woman to sail single-handed and non-stop around the world in both directions and it might not come as a surprise that she is actually much happier out on the sea.

“I love the endless horizon, I love being that close to nature and harnessing the power of mother nature and the waves and the wind have a whole way of reminding you that they are more in control than you are.”

But being close to mother nature offers another reality as well. Frequently sailing across the oceans has made it impossible for the British sailor not to take ocean health into account. In the Volvo Ocean Race 2017-18, she is leading a young, mixed team under the name Turn The Tide On Plastic, to raise awareness of the plastic pollution in the oceans and to amplify the United Nations Environment’s Clean Seas campaign #cleanseas. 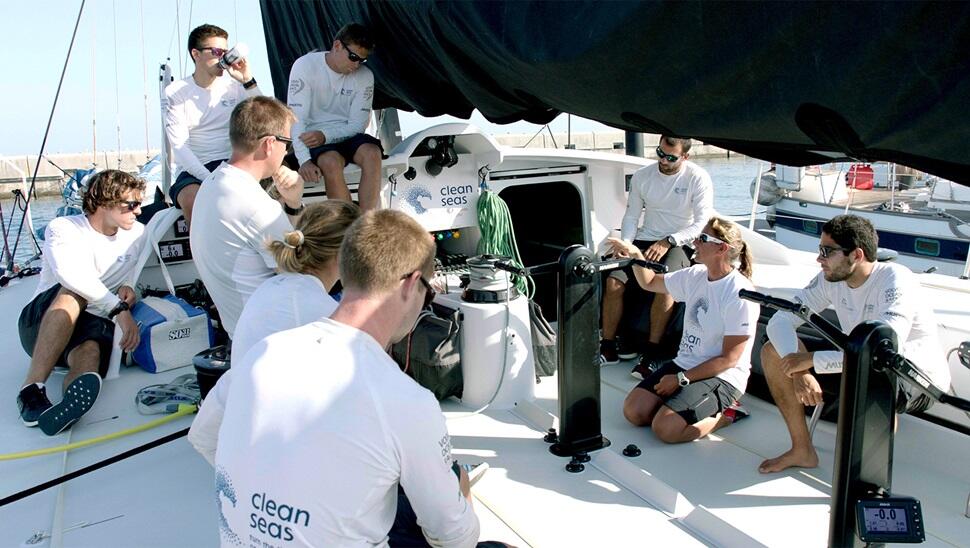 On board ’Turn the Tide on Plastic’, Dee Caffari leads a young, mixed team. The majority of the 50/50 male female squad are under 30 years of age.

“I spend so much time on the sea and I see a lot of the pollution and the debris in the oceans floating around. Many people are talking about the fish ingesting the plastic in the ocean and how it is coming full circle into our diet now, and I think it’s a good time to address it and make people more conscious of the impact that they are having.”

The race boats often operate at high speeds, where extreme maneuverability is critical in all conditions. The boat and the sailing crew as well as the equipment are pushed to their limits, hence the boat’s Volvo Penta D2-75 engine is also designed for the toughest circumstances at sea. The teams are not allowed to use the engines while racing, however the sailing boats still need to produce power. 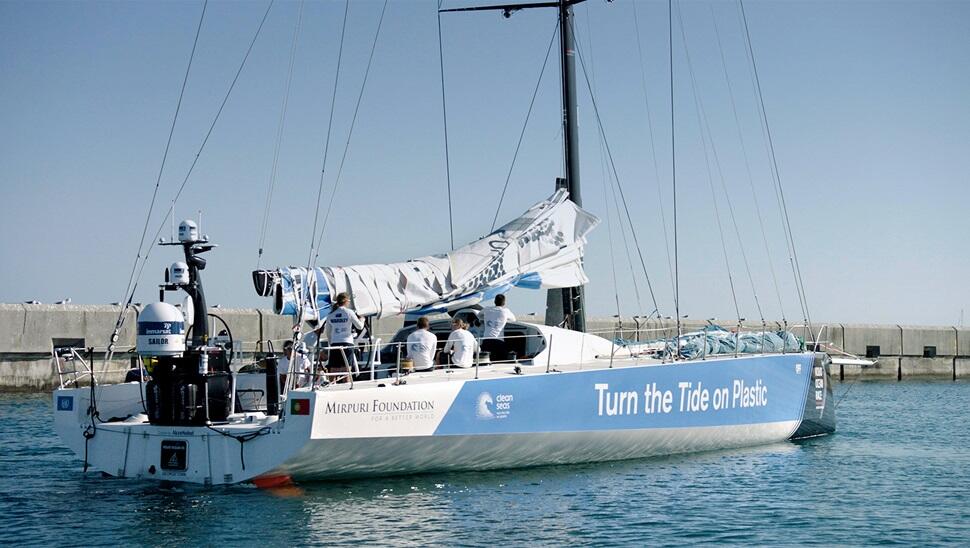 “These boats are harnessing the power of nature but to keep all the systems running you need power, you need energy. You need the reliability in the harshest of conditions and the Volvo Penta engine is key to that. That indestructible machine will keep going no matter what.”

During the actual race, the gearboxes are sealed, but the engine is used to power the boats’ total demand for electricity for computers, navigation equipment, lights and communication units onboard. Additionally, the engine onboard provides power to the batteries to run the water maker, which converts salt water into drinking water.

“The reason that we can take everybody with us on our race around the world is because we can communicate with them and it all takes energy that we need to produce. That is key to keep everything alive and running so people can come on this journey with us.”

Facing the force of nature

In this episode, skipper Dee Caffari shares her love and concern for the sea and the challenges she and her crew are facing in the world’s toughest sailing competition. For the sixth time, the sailing boats participating in the Volvo Ocean Race are equipped with Volvo Penta engines.

Boating dreams are as different as people – and we want to highlight that belief. In the film series Boating Dreams, we meet different people who share their dreams about boats and life at sea.

With more than a century of marine experience, Volvo Penta can offer sailors all around the world a premium offer of sailboat equipment, ranging from propulsion solutions – reliable, state-of-the art engines – via propellers and accessories, to support and services.

One Engine for Every Need

The Volvo Penta D2-75 engine is a 4-cylinder. 2.2-litre diesel engine, designed for the toughest circumstances at sea. In the Volvo Ocean Race, the D2-75 provides reliable power for the boats’ total demand for electricity for computers, navigation equipment, lights and communication units onboard.