Behind the design: Sanlorenzo SX88

With the launch of the SX88, Sanlorenzo wants to redefine the image of what a crossover yacht really means. Here are the key elements behind the design.

The development of Sanlorenzo’s SX88 commenced in 2015 when design development manager Luca Santella and the company’s chairman Massimo Perotti decided to create a fast displacement yacht for the “true boat connoisseur”. “We started to think of a boat made for the passionate, the people who really enjoy going to the sea and being close to the water. But we also wanted the boat to be a fast displacement yacht that could reach 20 to 21 knots,” says Massimo Perotti. 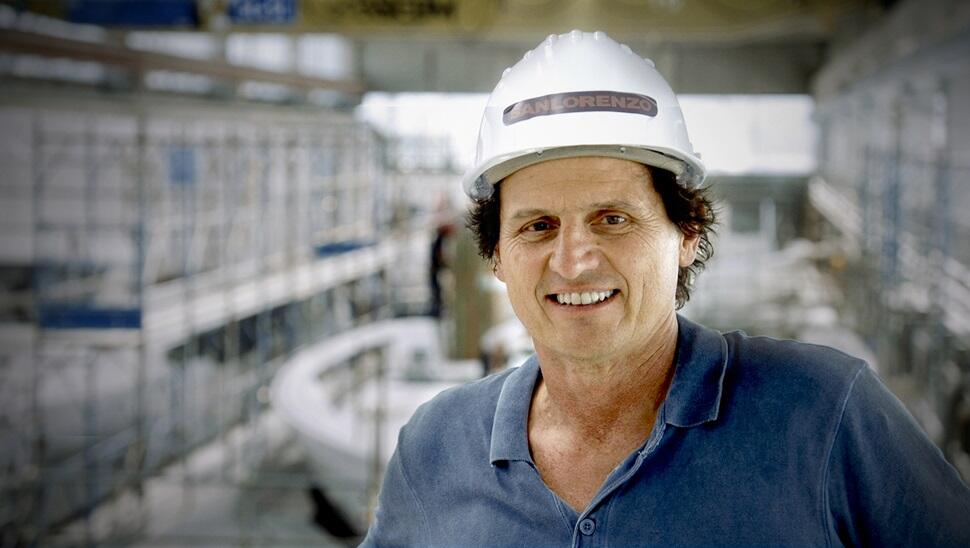 The result is a yacht with a design clearly influenced by Luca Santella’s philosophy on the human relationship with the sea – a philosophy that is based on more than 35 years’ experience of sailboat racing on a professional level. “The design is characterized by functionality, good performance on the sea, deck space and close contact with the water,” he says and adds: “But water can also be dangerous. Therefore, my main focus as a designer is always to bring safety into the design of a boat.”

Compared to a more traditional yacht, the SX88’s design stands out in mainly three regards: the placement of the helm station, the space of the stern and the bow, as well as the propulsion system. 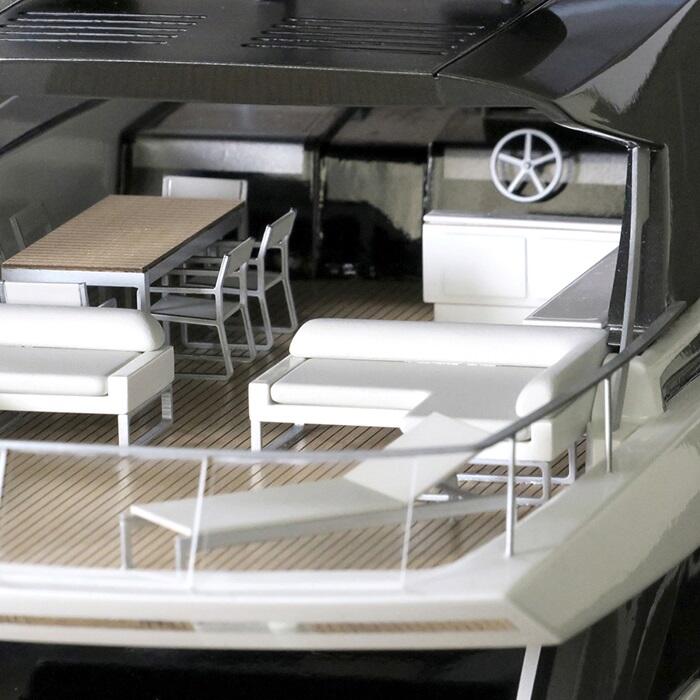 The SX88 has only one helm station, placed on the top of a fly bridge. Two four-meter-long side windows that can be raised automatically, make it possible to enclose the bridge entirely depending on weather conditions. “By having just one technical area and placing it on top of the boat, we have created a lot more space on the main deck. This generates an overall sense of a close relationship between the stern, the bow and the water surrounding the boat,” says Luca Santella. 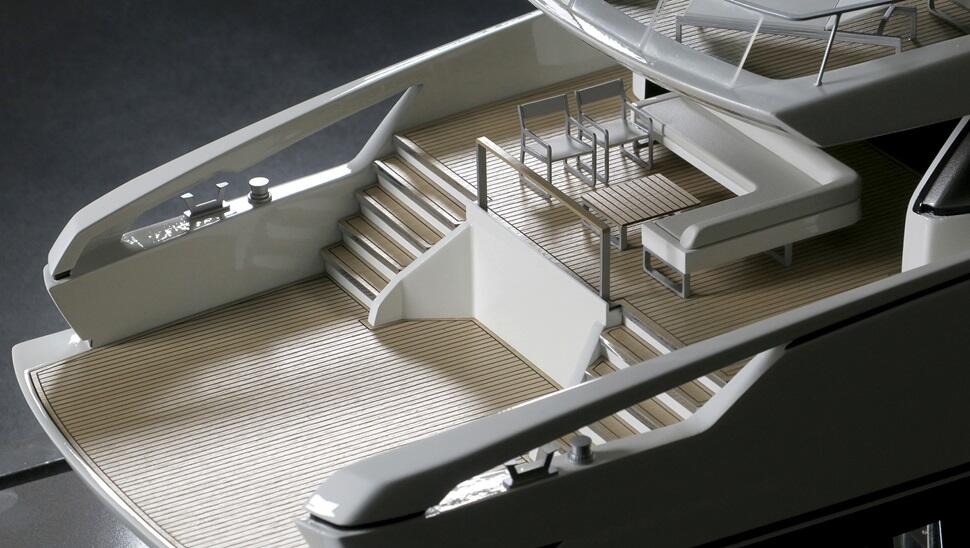 The oversized bow and stern areas on the SX88 enhance the feeling of openness and create possibilities for a number of activities aboard. The stern hosts an integrated crane, which easily lifts jet skis and smaller boats with a maximum weight of 1,000 kg. “The big stern area allows an active and playful life on the water and the space in the bow makes a great area for sunbathing and relaxation,” says Luca Santella.

The SX88 is powered and maneuvered by a triple installation of Volvo Penta IPS1050. Working together with three perfectly matched IPS pods, twin counter-rotating propellers and the Electronic Vessel Control system, this package offers excellent maneuverability, long cruising range and low emissions. “With the SX88, we wanted to change the idea of a fast displacement yacht being driven by one big motor and shaft. That is why we decided to use Volvo Penta’s IPS system and we believe it is the right way to go,” concludes Massimo Perotti.

In this episode, Luca Santella, design development manager at the Italian shipyard Sanlorenzo, shares his boating dream about the new crossover yacht SX88. With more than 35 years’ experience of sailing on a professional level he has extensive knowledge and experience in life out at sea. But how does this reflect in the design of the boat?

Boating dreams are as different as people – and we want to highlight that belief. In the film series Boating Dreams, we meet different people who share their dreams about boats and life at sea.

Outstanding maneuverability and dependable power. Greater onboard comfort. And world-class fuel efficiency to match. Volvo Penta IPS is a true game changer that has improved the experience for yachts all over the world.

Our most powerful engine yet

Versatile, compact and formidably powerful. The Volvo Penta D13-IPS1350 is the strongest engine in our IPS range, giving you a reliable and commanding experience at the helm. This engine is the natural choice for any yacht between 60–120 feet.