Boating Dreams: Sailing that brings the family together

With their Hallberg-Rassy 412 sailing yacht, Åse Lund and Robert Laigar are carrying on the legacy of maritime life brought to them by their father. Driven by the proximity to the wondrous West Coast and their maritime Estonian ancestry, Åse’s and Robert’s families share their boating dreams together.

The West Coast of Sweden is famous for its beautiful archipelago. Over 8,000 islands, granite islets and former fishing villages make this a unique landscape for sailing. For Åse and Robert, who spend their weekdays as a program manager director and real estate broker, this has always been the place where they love to spend their free time.

“It all began in 1974, when our father Ulo bought a hull and placed it in the backyard of the family house in Gothenburg,” explains Robert.

Ulo built the whole interior of the boat during the following years and once it launched to sea, the West Coast archipelago became the family’s new backyard. But the sea and maritime life runs further back in the family tree. Ulo was the son of Estonian parents who fled the Second World War by crossing the Baltic Sea in small boats. 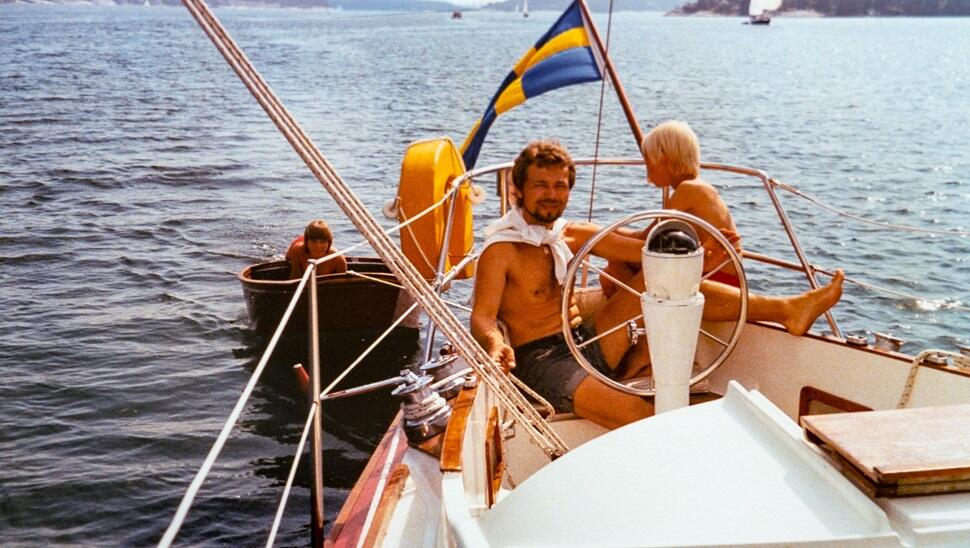 Ulo passed away in 1999. Åse and Robert carry on the legacy of maritime life in the family. 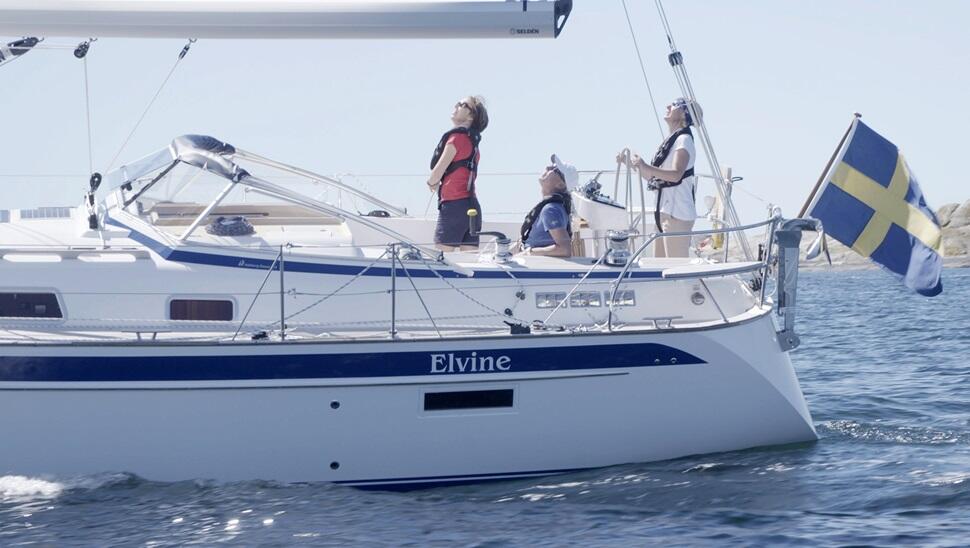 Elvine has been the bigger family meeting point at various Swedish coastal gems throughout summer.

The Lund family – Åse, husband Jan and kids Alma and Albert – had a couple of power boats before buying their first Hallberg-Rassy 34 in 2012. Robert, wife Maria and sons Hugo and Joel owned two Hallberg Rassy’s, a 29 and 310, before the idea of a boat between the families emerged.

“We had the same routes, same harbors and similar boats. Why not make it one route, one harbor and one boat?” says Åse.

In the spring of 2016 the decision was made together to purchase a Hallberg-Rassy 412. Åse and Robert got to put their own design touches to it to match their needs; the interior space needed to be big enough for eight family members to have the possibility to stay on the boat for a weekend of sailing.

Each Hallberg-Rassy is handcrafted and the families enthusiastically followed the building of the boat, this time not in the backyard but at Hallberg-Rassy’s shipyard in Ellös. In the spring of 2017, Elvine was ready to launch to sea. 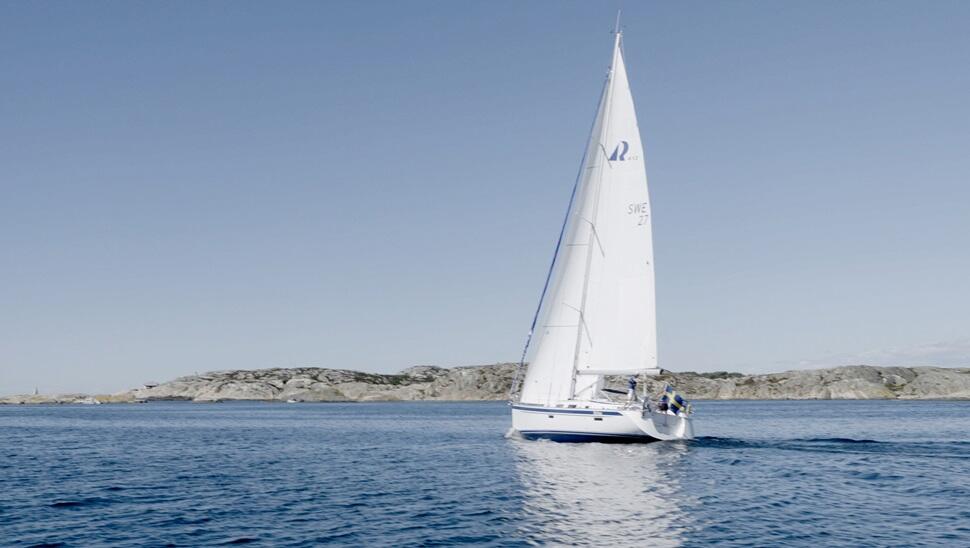 Åse and Robert do most stretches by sail but enjoy the comforts of the Hallberg-Rassy 412 and the convenience of the Volvo Penta D2-75 engine.

“The name Elvine is from our grandfather’s mother Elvine. She was from Estonia and our father named his boat after her. That’s why we decided to also use the name,” says Robert.

For Åse the boating dream is about sharing the best moments of the year with the people that are closest to her, a crew that she trusts and feels completely relaxed with. Not all eight family members have been onboard at the same time, but Elvine has been the bigger family meeting point at various Swedish coastal gems throughout summer.

“When you are at sea you share the same life together in a very small space. You have to be able to compromise and solve problems directly. That’s why I think sailing is such a good way to bring the family together,” says Robert.

It is clear that Åse and Robert are as ambitious with their ongoing plans as their father Ulo once was, to create the very spark of this family’s boating dream.

Bringing the family together

Together, brother and sister, Robert and Åse, carry on the love for sailing brought to them by their father.