The Rosenbauer Panther 6x6 is the main firefighting truck at the world’s busiest airport. A powerful engine capable of quick acceleration and high speed is critical to the truck’s performance in emergency situations. Enter the Volvo Penta D16 700 hp engine.

Power drill: Quickly on the scene of a burning Boeing 737. 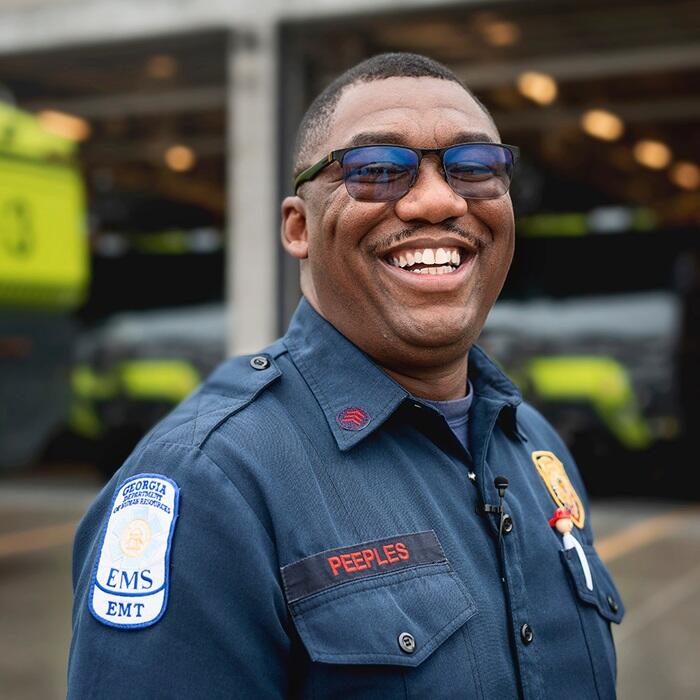 It’s drill time at Hartsfield-Jackson Airport in Atlanta, Georgia. Richard Peeples Jr. and his crew of fire rescue officers run to their Rosenbauer Panther 6x6 trucks and then set off at speed towards the north west corner of the airport, where flames leap dramatically from a Boeing 737. With HRET (High Reach Extendable Turret) and HVLA (High Volume, Low Attack) bumper turrets, the Panther’s twin forces of extinguishing agent are turned full force on the burning aircraft. Despite further explosions making things tricky for the crew, the fire is quickly under control and the drill is deemed successful.

One of the world’s most advanced fire and rescue vehicles, the Rosenbauer Panther 6x6 is a beast when witnessed in action. And a central part of its awesome firefighting power is the Volvo Penta D16 700 hp engine. Capable of 0-80km acceleration in just under 28 seconds, it supplies the power demanded to propel the fully loaded vehicle at 120 km/h when en-route to an emergency. It also has the capability to operate the fire pump while the vehicle is being driven. Surplus power is delivered, while the engine meets worldwide emission standards – vital for Rosenbauer’s clients in every industry.

Richard Peeples Jr. is already well aware of the vital contribution made by the Volvo Penta D16 engine. “We know we have a top engine onboard. It’s all about quality, power and reliability. We are totally reliant on fast acceleration and high speed when getting to the scene of an incident, and this engine is able to accomplish every mission with no problem. Conditions out here can be extreme, so to have the power to be offroad if needed is great.”

According to Steve Reedy, Vice President at Rosenbauer Minnesota, the company chose Volvo Penta because of its worldwide sales and service reputation. “Volvo Penta offers continuous support by supplying quality products on a timely basis. This covers support of current products along with innovative ideas and engineering for future needs. The D16 engine is very reliable, offering our clients the right amount of power when they need it. Worldwide parts and service access is also ours whenever we request it. Volvo Penta is a great partner with lots of experience and expertise in all areas of the world and has a futuristic view of engine power requirements while conserving our environment.”

Everyday heroes like the firefighters at Hartsfield-Jackson International Airport rely on the Rosenbauer Panther 6x6 on a daily basis. Always ready to race to the rescue at an airport with over 100 million passengers per year, backed by the best in Penta power. “Given this engine’s reliability, we are going to have these trucks around here for years to come. I’m really looking forward to it,” says Richard Peeples Jr.