Boating Dreams: Traveling the same routes as the vikings

For years, the French sea legend Bernard Deguy has nourished a dream of a journey, following the trails of the Vikings. Finally, the dream comes true. During the spring of 2018, 79-year-old Bernhard, will take on a 2,100 nautical mile route from Sweden via the British Isles to France.

During the 8th and 11th centuries, the armadas of Viking long ships crossed the seas and rivers all over Europe. From their home ports in Scandinavia, the expeditions took them as far as to the Mediterranean Sea, North Africa, Central Asia and the North Atlantic Islands. Ancient remains show that the Vikings even visited the eastern coasts of North America.

“I have always been passionate about the Vikings. They interest me because they were true sailors and the first great navigators of Europe. That is why I got this idea to follow the route of the Vikings,” says Bernard Deguy.

Bernard knows what he is talking about. With a resume that includes 32 crossings over the Atlantic Ocean, two Whitbread Around the World races, and several years working as captain for the legendary sea explorer Jacques-Yves Cousteau – 79-year-old Bernard seems to have a big portion of Viking blood running through his own veins. 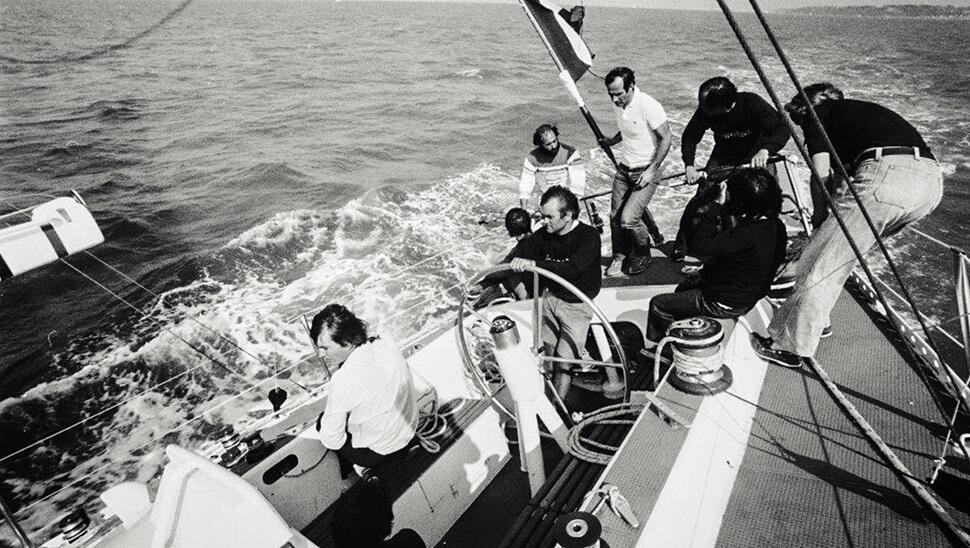 In the 1977, Whitbread Around the World Race, Bernard Deguy was the skipper on board the boat Neptune. Bernard and the crew finished the race in 8th place.

In early may Bernard Deguy and Gilles Poirier left the port of Gothenburg, Sweden, in their Loxo 32 cruising motor boats.

“I travelled a lot even as a child. I guess my whole life has been about discovery and different adventures. I have always been on the move.”

Between May and early July, Bernard is sailing from Gothenburg, Sweden to Sainte Marine in France. First, he is taking a northern route to Norway before crossing the North Sea to the Shetlands. From here the journey continues via the Scilly Islands, before Bernard reaches the final port in France.

Just like the Vikings did, Bernard is following the coast lines as much as possible and anchoring each night for rest stops. With a maximum draft of just 0,7 meters, the Loxo 32 boat that he uses is ideal for the shallow waters of the coasts.

“I discovered this boat one year ago. The concept of the boat is a lot like a sailing boat. You can live on board without a lot of stuff. Yet the construction fits my needs of economy and safety. It’s great.” 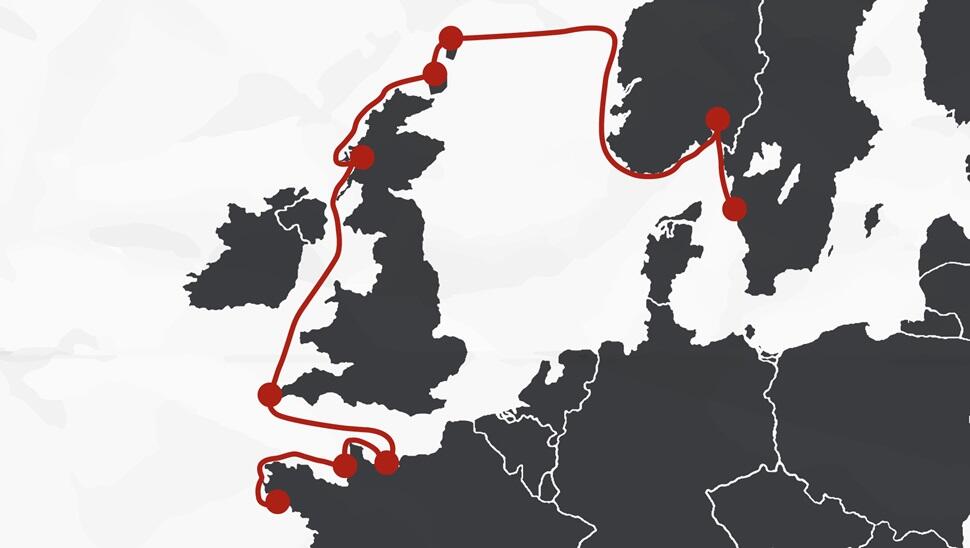 In order to succeed with the trip, fuel consumption has been key. At a cruising speed of 12 knots, the Volvo Penta D2-75 engine on Bernard’s boat guarantees a consumption of only 0,5 liters fuel per nautical mile. During the trip, Bernard is accompanied by his friend, Gilles Poirier who is piloting a second Loxo 32 boat, which in turn is equipped with two Volvo Penta D1-30 engines.

“These engines are very economical and consume almost nothing. For example, in the 140 nautical miles of our first leg, between Oslo and Gothenburg, not even half of our fuel was used,” says Bernard.

He describes himself as belonging to a place in time where true freedom in life actually exists. Thinking about all the things that Bernard has accomplished at sea over the years – and the current trip from Sweden to France – one can truly say that his life is permeated by this philosophy of freedom.

Traveling the same routes as the vikings

79-year-old sea legend Bernard Deguy is making a historical journey at sea, traveling 2,100 nautical miles in the trails of the Vikings.