The water taxi, built at Newcastle Shipyards in Palatka, Florida, not only looks state of the art on the outside but carries a hidden superpower on the inside: twin 3.7-liter, 175-horsepower, keel cooled, Volvo Penta D4 engines. 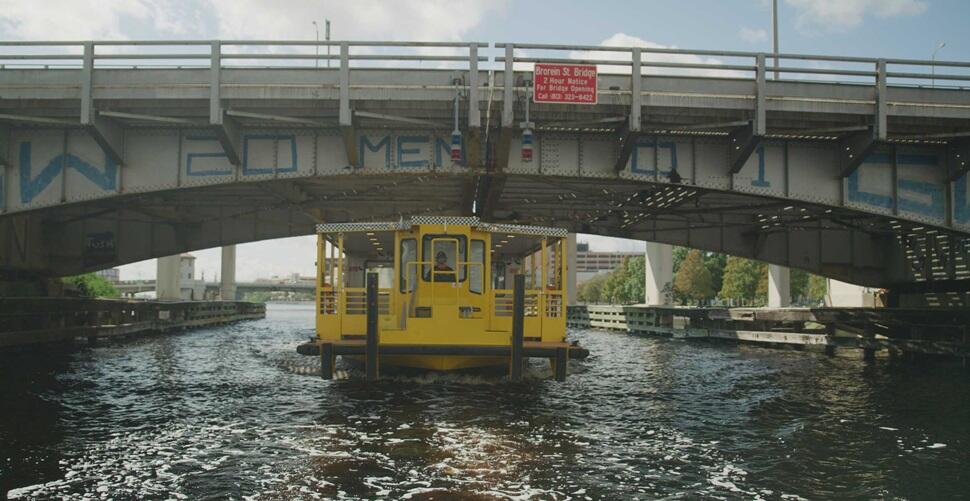 “When we built this boat, we knew we wanted two things in the power: diesel power and keel cooling. We didn’t want any raw water or sea water in this vessel,” says Pirate Water Taxi owner and CEO Troy Manthey.

The fifth-generation passenger vessel owner also wanted the new water taxi powered by Volvo Penta. There was just one hitch: Volvo Penta did not make a keel cooled D4 engine at the time. “Though a cooperative effort between Volvo Penta, Florida Detroit Diesel, and the company’s naval architects, we installed the first keel-powered version of the D4 on our water taxi,” Manthey says.

The new D4 keel-cooled version uses a two-circuit design, with keel coolers for both the high temperature engine block circuit and the low temperature charge air cooler circuit. Manthey says the new engines are exceptionally reliable; the engines have had no issues with overheating in its 1,400 hours of operation.

Volvo Penta provided all electronic controls for the D4 which Manthey reports was also a plus. He explains most diesel engine companies lack their own control packages, so owners must purchase them separately. “Volvo Penta was a one-stop shop for the monitoring and controls,” he says. “It was plug and play and saved us money too. The controls would have cost us another $8,000 through a different engine company.”

Reliability, fuel savings and exceptional power are a must for the pirate-themed vessel that operates in downtown Tampa. The water taxi, owned and operated by Yacht StarShip Cruises & Events, provides needed water transportation to 15 stops along the Hillsborough River and Tampa’s waterways. It is also available for private charter.

A D4 engines provide unmatched torque power for the leisurely downtown Tampa cruises. “The engine’s pure power is exceptional, which is very important. This vessel is a real workhorse. It makes 16 dockings an hour every hour and runs 10 to 12 hours a day, five to seven days a week,” he says. “There are few boats in America that make as many dockings in the course of a day.”

Running all day, every day, the water taxi consumes plenty of fuel. Manthey admits it’s a very capital-intensive industry. But the new Volvo Penta D4 rises to the challenge. “We are seeing a 40% fuel savings year over year, representing $24,000 in annual savings,” he says. The fuel savings comparison is between a smaller 46-passenger water taxi and the larger, 100-passenger vessel. 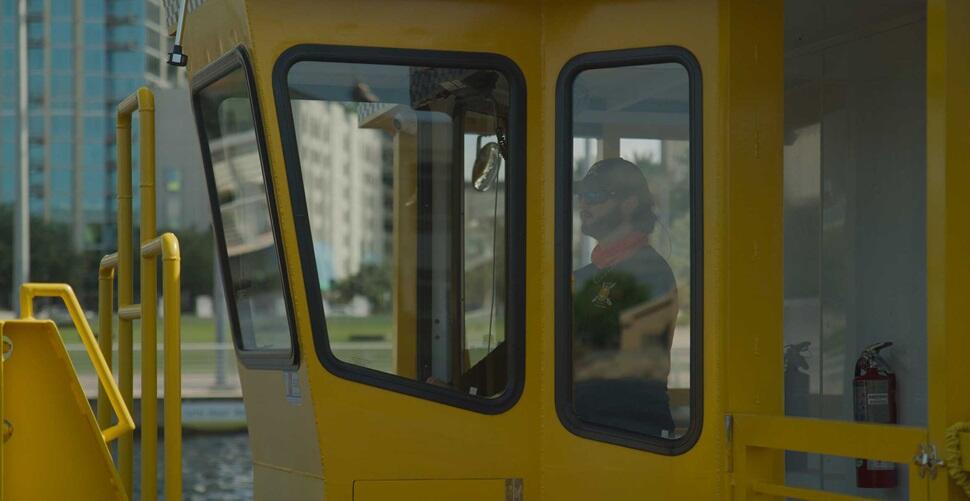 Noisy outboard motors powered the original water taxi. The new craft’s D4 engine operates quietly, giving passengers a peaceful place to rest their feet as they move down the waterway along the 2.6-mile Tampa Riverwalk.

Volvo Penta sales and service partner Florida Detroit Diesel oversees all maintenance for Captain Jack II. Routine maintenance at 100, 200, 500 and 1,000 hours is about all the boat ever needs. By eliminating the need for a seawater pump, the engines operate well in water with high amounts of sand, silt or other debris that clog open-circuit cooling systems. This reduces maintenance costs and minimizes downtime. “Florida Detroit Diesel worked with us to ensure we do all initial maintenance to Volvo Penta specifications,” he says. “We want to make sure we protect the warranty and keep the engine operating for some time to come.”

Manthey stresses the engine’s reliability means more to the company than any other feature. He explains, “We’re carrying the most precious cargo in the world—human beings, so it’s important that we have a reliable propulsion system. We are making memories and we want passengers to have positive memories of their boat ride experience with us.”

Contact a Volvo Penta Power Center to discuss your project.