It’s arguably the perfect marketing phrase for various Volvo Penta projects in recent years, but it also quite accurately describes the company’s approach to the marine innovation. It was forward thinking that, in 1959, allowed Volvo Penta to introduce the Aquamatic, the first production sterndrive. That same forward-thinking approach later led to the introduction of the DuoProp in 1982, with twin, counter-rotating propellers that offered a superior grip on the water and introduced boaters to a new level of sterndrive handling.

Forward thinking took on not just a figurative, but a literal interpretation in 2005 with possibly the company’s greatest innovation since the Aquamatic, the Inboard Performance System (IPS). A truly revolutionary take on boat propulsion, the Volvo Peta IPS introduced the company’s cutting-edge technology to a new class of craft by combining a sterndrive-like drive unit with steerable pods located beneath the hull, linked directly to the engines above. One of the most unique twists, however, was the system’s forward-facing dual props. This literal “forward” rethinking of both drive and prop placement carried with it multiple benefits over conventional power choices, including superior cruising range, superior top speeds, reduced fuel consumption, less emissions and a far more compact physical footprint. 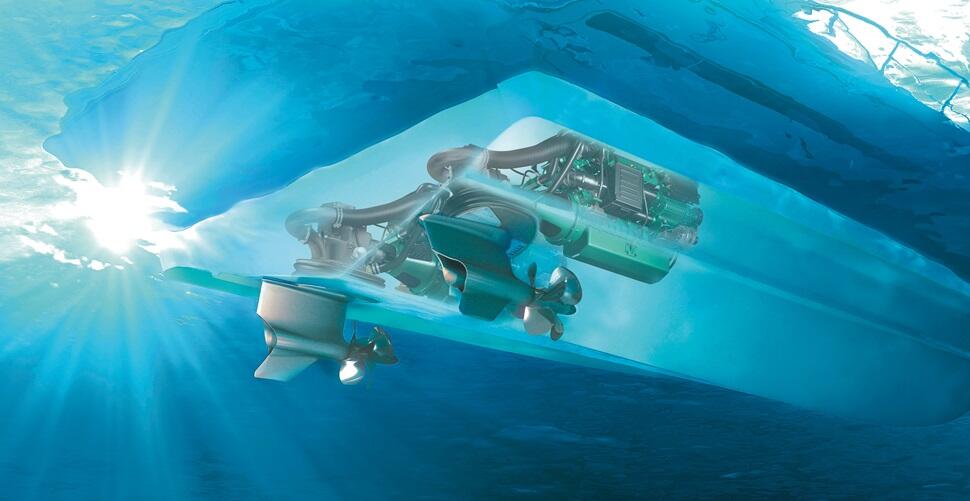 The Volvo Penta IPS’s most notable change, however, was to a boat’s handling, particularly during low-speed maneuvers around marina or dock. By allowing the drives to power and steer independent of each other, introducing a highly intuitive joystick to the mix and linking all via Volvo Penta’s Electronic Vessel Control (EVC) system, docking and tight-quarters maneuvering were now accomplished with just intuitive, common-sense movements, giving experienced captains a more efficient way to handle their craft and those newer to boating a stress-free, almost video-game-like simplicity to some of the most stressful elements of boating. The Volvo Penta IPS and GPS positioning also became key ingredients in Volvo Penta’s Dynamic Positioning System. With just the push of a button, DPS holds both position and heading, no matter what the current or wind speed.

Lessons learned from the forward-facing IPS led to the introduction of Volvo Penta’s award-winning Forward Drive. A ground-breaking alternative for the fast-growing wakesurf crowd who previously were limited to inboard power due to a conventional sterndrive’s prop location, Forward Drive likewise flipped the script, relocating a conventional drive’s props to the front of the drive unit rather than the rear. In this location, props are tucked well under the hull for enhanced surfing safety, but also to allow those props to pull, rather than push the vessel through the water. 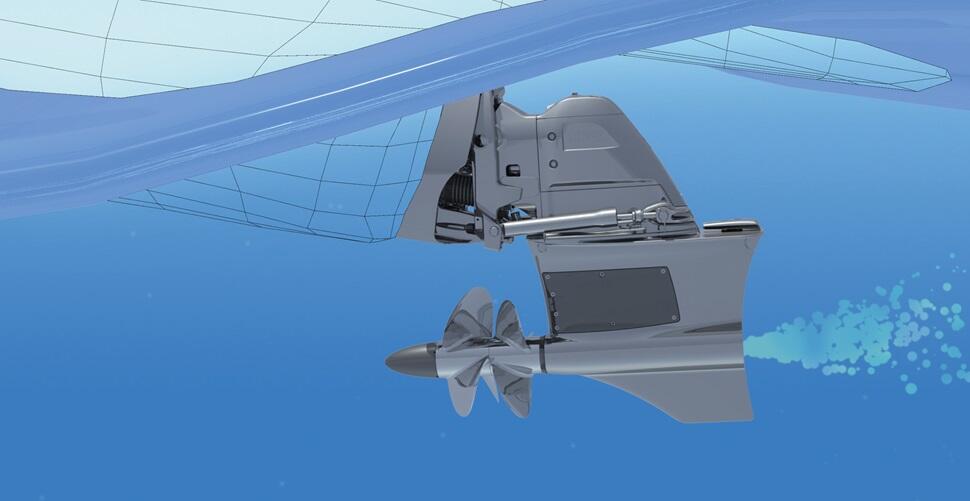 Forward Drive's benefits are many. Props are not only completely eliminated from the surf zone aft of the transom, exhaust exits under the water, where it produces less noise and greater comfort. Unlike the fixed position and location of an inboard prop, Forward Drive also has the ability to be trimmed, quickly changing the wake size and shape on the fly for surfers and allowing drivers to trim for speed, comfort or performance during normal operation. Forward Drive also significantly improved fuel economy, increased maneuverability, offered superior low-speed handling characteristics and, when it came time to stop and take a dip, provided a friendlier — and safer — swim zone.

And those innovations, many driven by Volvo Penta’s own forward-thinking employees, only continue as the company looks to what’s next. Currently grabbing headlines is Assisted Docking, a feature that uses existing IPS technology as well as GPS positioning software to take the stress out of docking for seasonable captains and new boaters alike.

What’s next for the company? The possibilities are many, from more sustainable solutions to further enhancements to automation as well as continuing advances in connectivity. One thing, however, is certain. The answers lie not just in Volvo Penta’s long list of current innovations, but continually focusing attention forward on what’s to come…even if it currently seems outside the envelope of possibility.

After all, for Volvo Penta that’s the way it’s been since the beginning. And the way the company will continue to make boating easier — and more inclusive — for years to come.